Beginners introduction to soldering and connecting to serial ports.

This blog post acts as an illustrated guide on how to identify the serial interface on the WAG54G home router, and how to solder on header pins and obtain console access to the device. This is a simple but important step for performing runtime analysis and development on these types of devices.

The world of hardware hacking for software security professionals is an area which has been gaining popularity in recent years. The simplest reasoning could be:

My interest in the area came about when wanting to assess the security of the WAG54G home router. I was interested in researching attack vectors allowing persistent access into a home network while leaving minimal footprint. The target environment consisted of multiple PC’s running Linux and Windows hosts, with hardened guest VM’s reverted to a clean snapshot on every boot. Rather than auditing for vulnerabilities in the hypervisor, I opted to audit the home router - a single egress point for the whole network which allows MITM and payload delivery to VM’s on every boot; it also has direct access to the internet for C&C. To do this research, I first needed to gain local access to the device.

The Linksys WAG54G-AU is a 2.4GHz 802.11g ADSL modem/router, with a 4 port 10/100 Ethernet switch supporting network services like DHCP and VPN along with several basic network security features. The following photos show what the device looks like before and after unboxing: 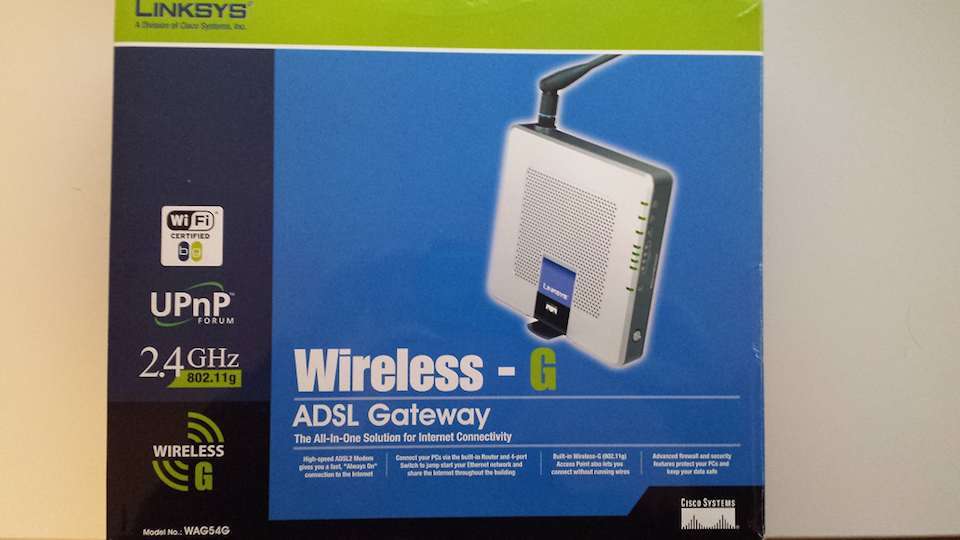 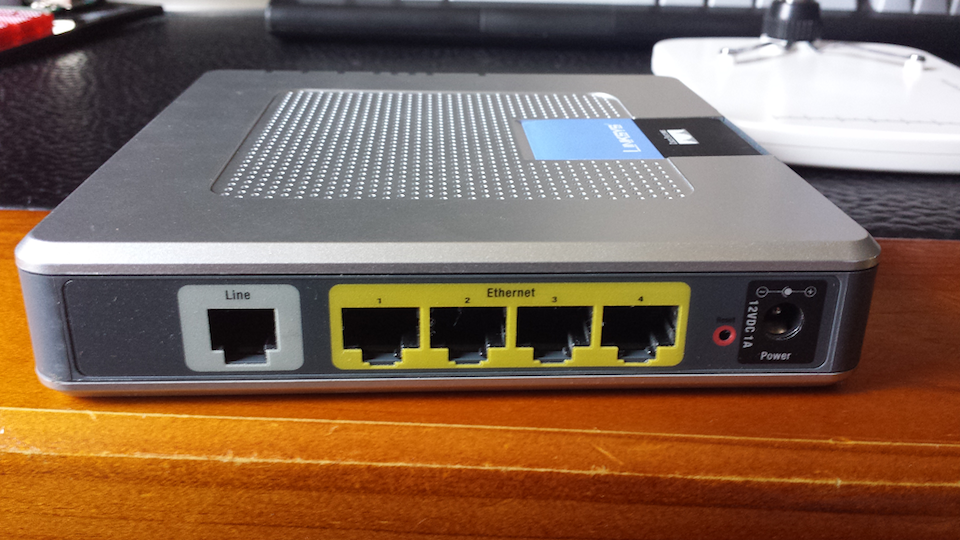 To find the devices serial interface, we will need to open the enclosure by removing the rubber feet found on its underside. This will reveal four Torx T10 screws which can be unscrewed. 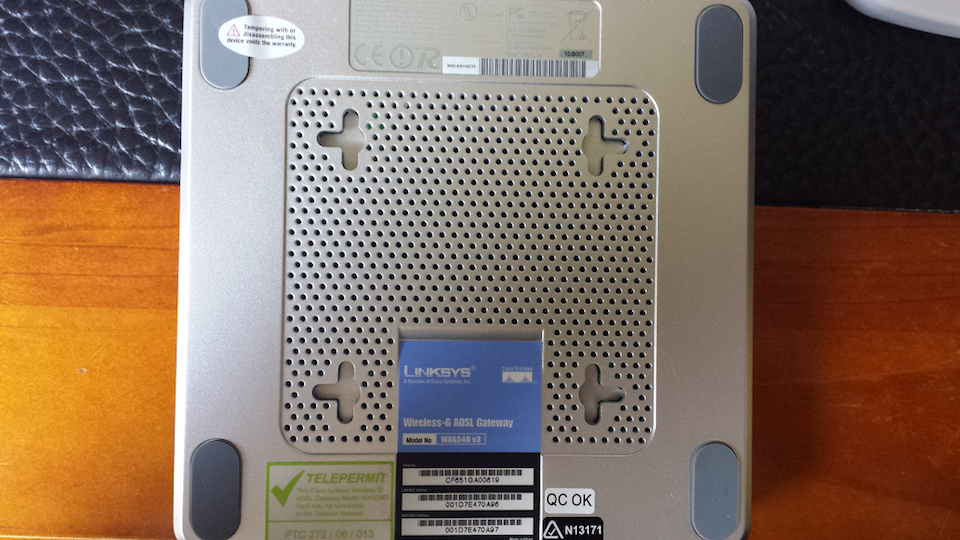 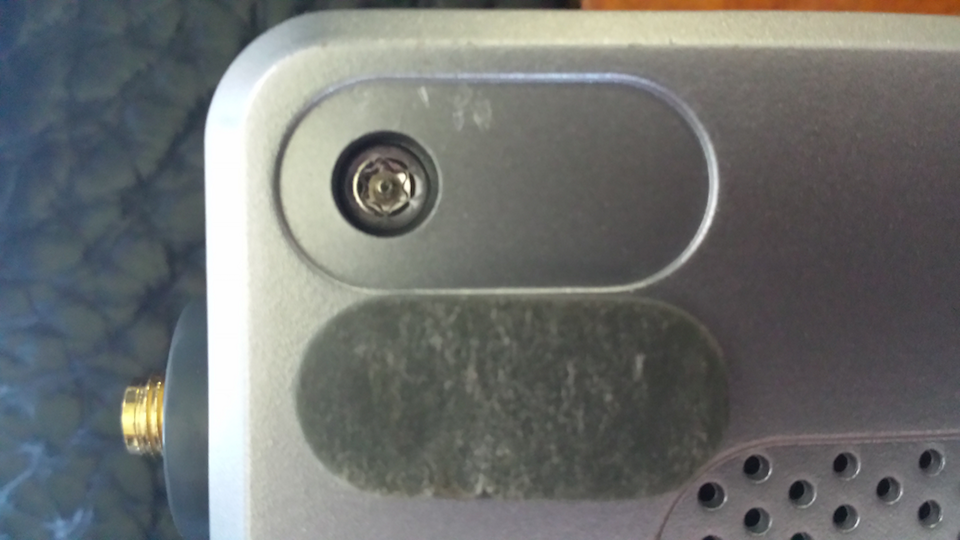 For the astute reader, you may notice one of the rubber feet is “protected” with an anti-tamper label. When removed, this label will leave a “Void” message printed on the outer casing. 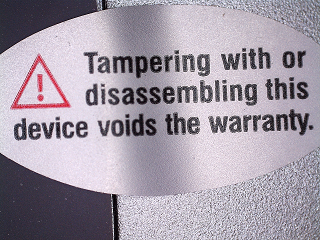 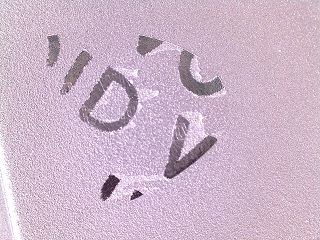 After removing the casing, we can look at the circuit board to manually identify components such as memory, CPU (SoC), and other IC’s such as the Wi-Fi controller. This can be useful if you want to understand at a very granular level how the components work and how you can interface with them. By reading the unique identifiers printed on each component, we can search online for the corresponding data sheets. In our case, we are only interested in identifying the pinout for serial communication, so looking up datasheets isn’t strictly necessary: 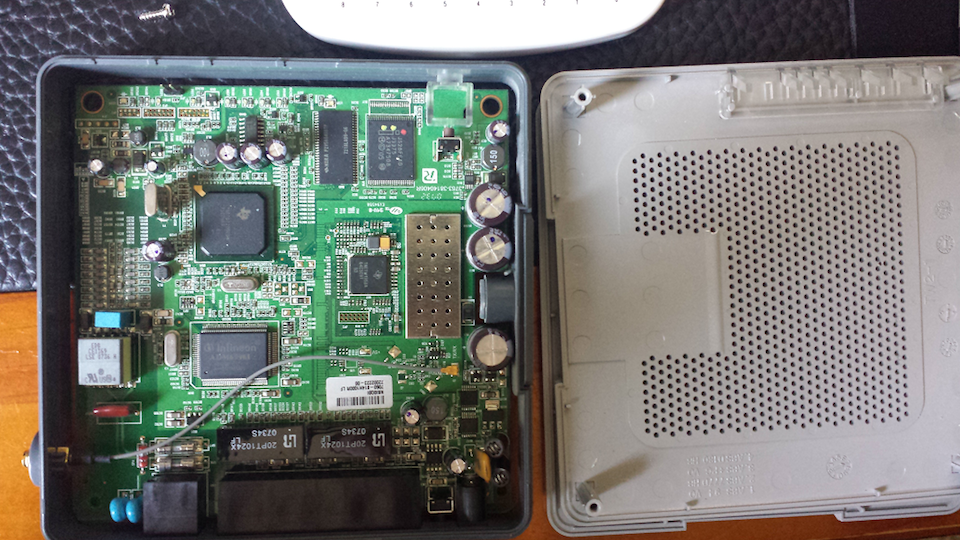 There are several methods that can be used to find the serial interface:

In our case, we opted for the last technique. Studying the underside of the PCB, it’s simple to identify through hole solder joints and their pin layouts. It’s also possible to follow the trace lines and identify which components the joints connect with. 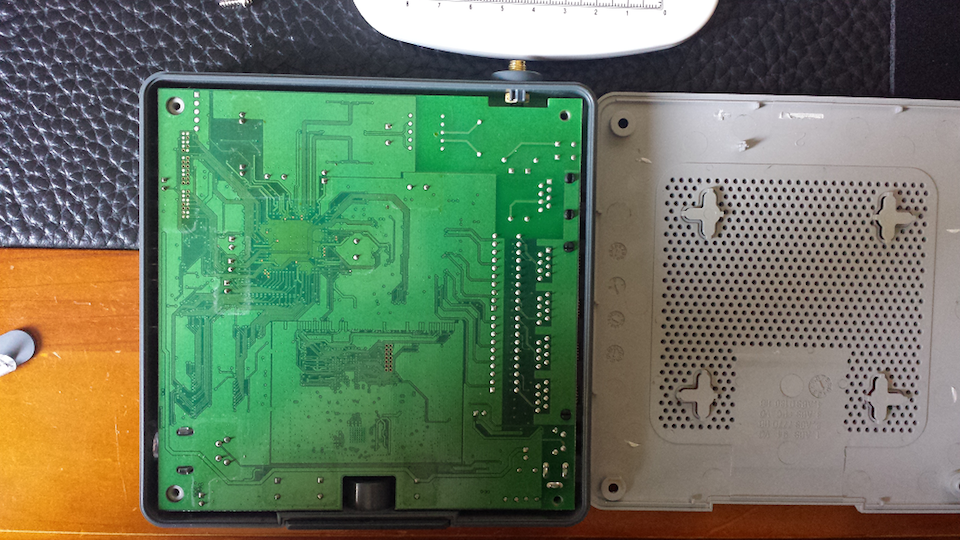 In the above photo, we identified an interesting combination of pins in the top left corner. The following photo shows a magnified version of the underside joints, in which it’s simple to see how pins 1 and 5 are connected: 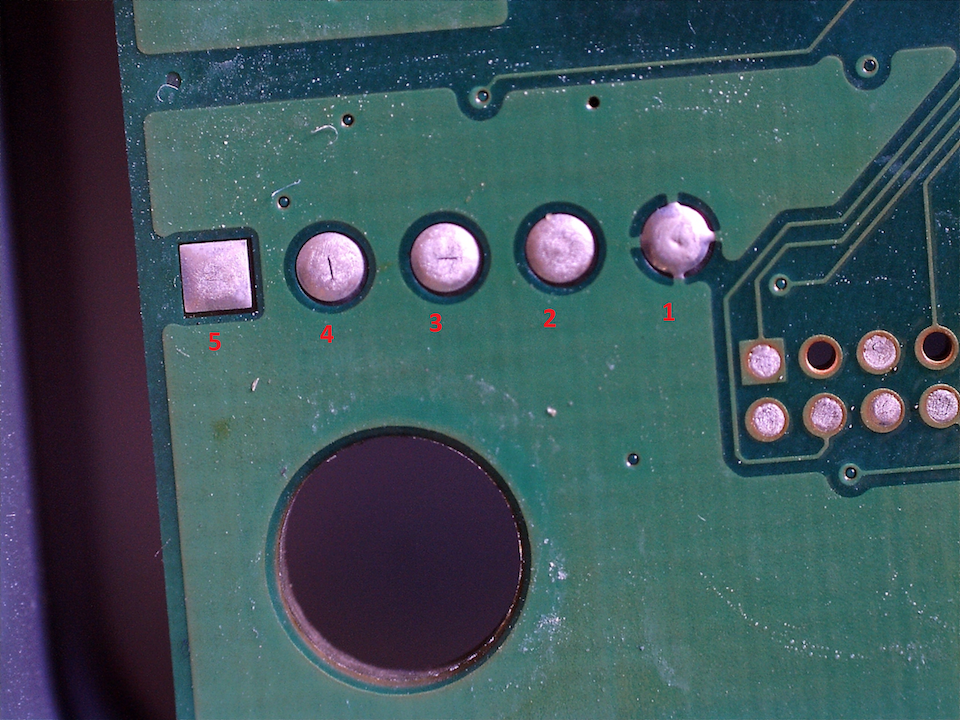 The following photo shows a magnified version from the top side of the PCB, in which it is simple to see pins 3 and 4 have trace lines connected, while pin 2 is not connected to anything: 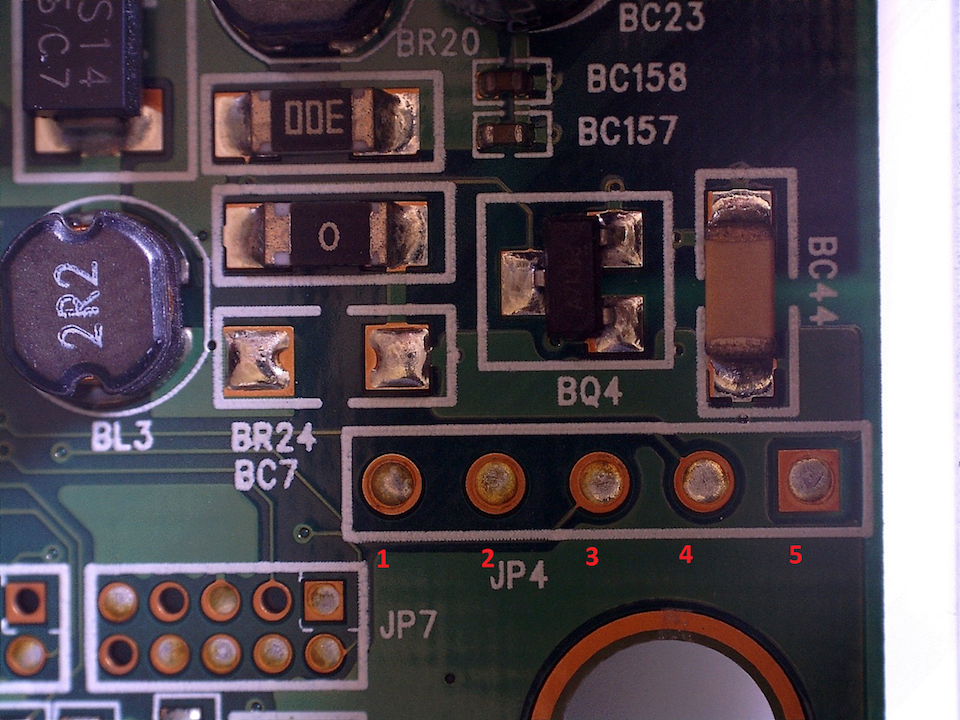 At this point, we can use a multimeter to probe each solder joint and verify properties that can indicate what they may be used for in serial communication:

If you have not used a multimeter before or are unfamiliar with this process, there is a fantastic write-up on how to do this testing by Craig Heffner at http://www.devttys0.com/2012/11/reverse-engineering-serial-ports/.

With this information at hand, it’s reasonably safe to assume we have found the serial port and corresponding pin configuration, and can begin our testing. Using a soldering iron and sucker tool we cleared the existing solder from the joints, and soldered in the 5 header pins: 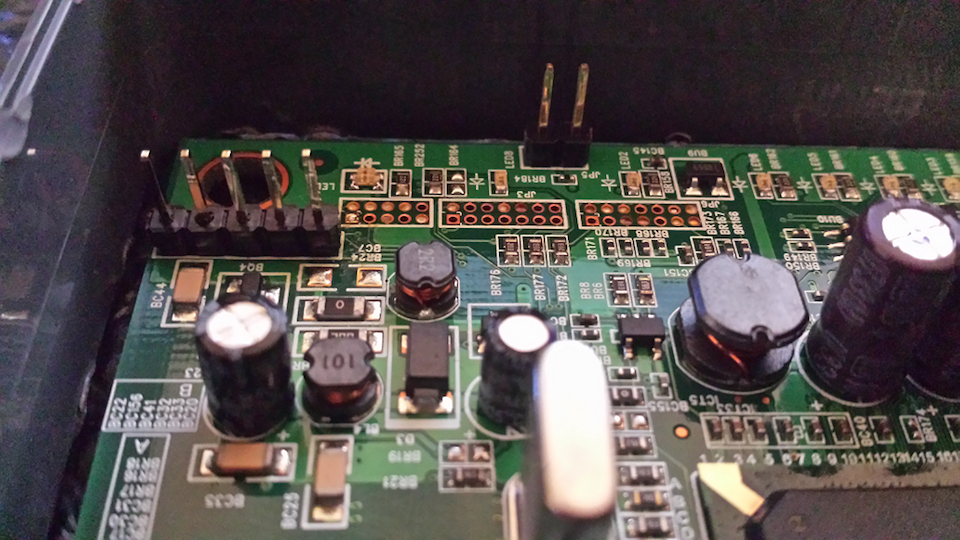 To interface with the serial port, we made use of the Bus Pirate from dangerousprototypes. They have good documentation on how to communicate over a variety of protocols, and in our case we used the following:

With the following pin configuration: 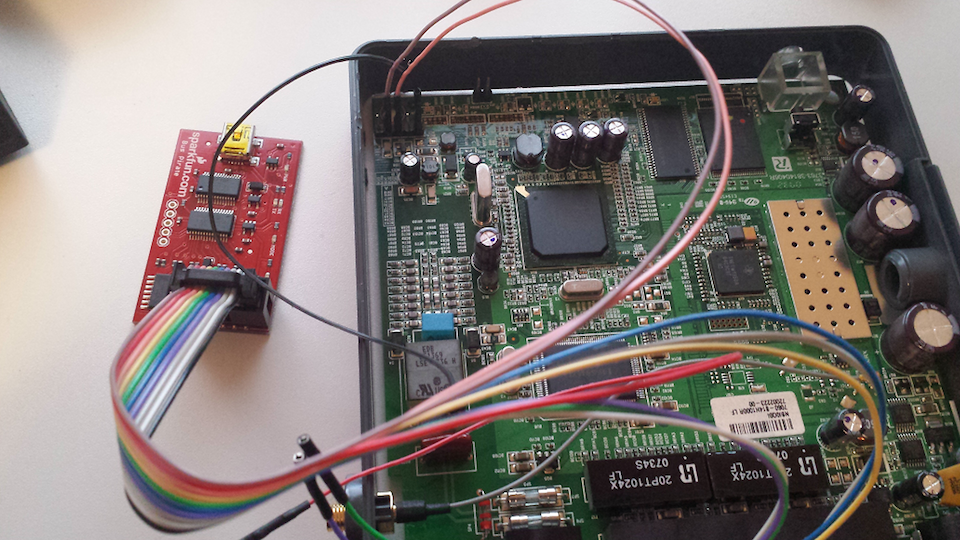 After connecting the bus pirate to the WAG54G, we also needed to connect it to our workstation. This can be done following these steps:

After connecting the bus pirate to the workstation, the last step is to configure it for serial communication. Using our Putty session, execute the following commands:

We have now successfully connected the bus pirate to our workstation and WAG54G. We can power up the router, and see the Putty session filled with log messages from the Linux boot process. 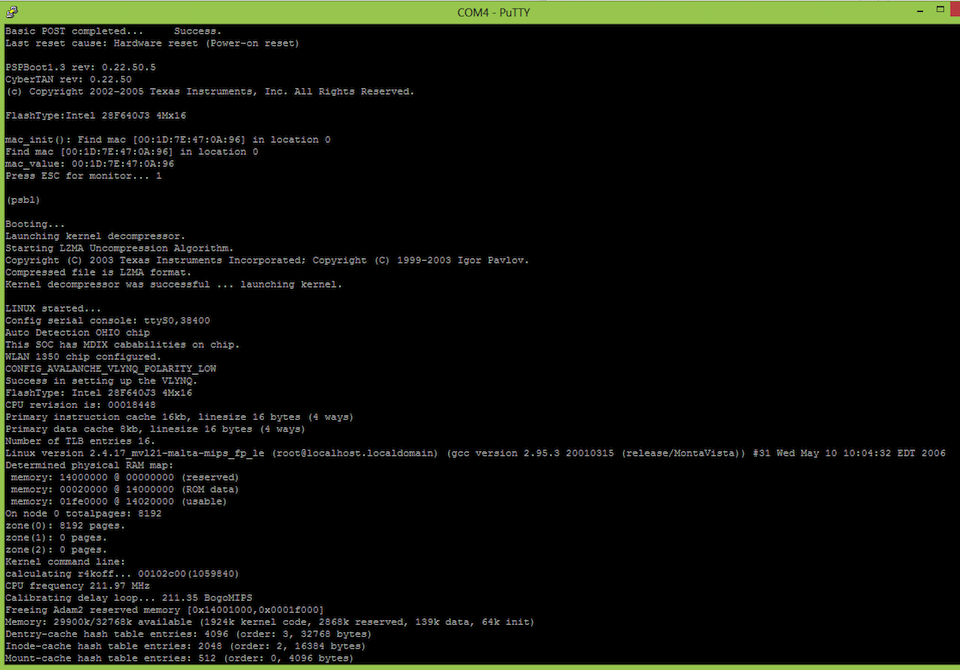 At this point we have successfully gained console access to the WAG54G over its serial interface. This is useful for accessing the device while performing security research/exploit dev, and can be a starting ground for further hardware hacks (such as attaching a USB drive for tool storage, or reflashing the firmware). In a future blog post, I will cover the methods used for auditing for vulnerabilities and how this console access was useful in exploit development.